(Unpaid Advertising)
Molecular Cuisine means that you will be working with things like Agar Agar, Xanthan Gum, Gellan Gum, Sodium Alginate, Calcium Lactate, etc.
These are usually very potent, meaning that you will need only tiny quantities to achieve the desired effect, sometimes as little as 0,3g/100g.
So, if for example you want to turn 50g of soy-sauce into soy-gel, you would need only 0,15g of Agar Agar. Using 0,3g would turn it into Soy-rubber which would be inedible.
Your scale must therefore be able to weigh quantities of down to 100th or a gram.
The maximum tare isn’t really relevant. My scale goes up to max. 200g which is way more than I need. For weighing large quantities of flour, suga, etc. I use a normal kitchen-scale.

To give you an idea on the quantities you need, please refer to the linked page which contains a table with dosages for the different additives:

I first encountered Molecular Cuisine many years ago… and I hated it.
Actually “Hate” isn’t quite the right word here. “Disappointment” is really what I felt.
It must have been around 2009. There was a restaurant called “Silk” in Frakfurt, located on the premises of the legendary Cocoon Club. This Restaurant actually had a star in the Guide Michelin.
It was run by Mario Lohninger, a really good chef. But here, I think he was out of his depth. Or he tried to follow a fashion-trend. Or… I don’t know.
Whatever it was, it was disappointing.
I have been to many Michelin-star-restaurants but this was the only occasion that I asked myself “wtf? That’s it? That’s the hype? This is just a lot of show without any depth.”
“Silk” closed down in mid 2012, which in my opinion wasn’t a big loss.
It took until 2017 that I started developing an interest in Molecular Cuisine again.
I started buying books on this topic, read articles in the press and finally decided to give it a go.
Meanwhile, I’m a big fan of adding some molecular parts to my dishes. I would never want to create a full molecular 11-course dinner though. That’s what “Silk” did and that’s what disappointed me.
No matter what you think, Molecular Cuisine is pure Chemistry. You need a very fine scale, calculate quantities of those many white powders to the milligram, then nothing can go wrong.
Anybody can buy a book on the topic, buy the devices and the additives on the internet and start doing molecular cuisine. If you stick exactly to the instructions, you’ll be able to re-create the meals of those decorated chefs to the last detail.
I don’t see any creativity there.
Traditional cuisine though, that’s what I regard as an art. You need experience and creativity to prepare a good meal.
And here is where the idea kicked in to combine both.
Preparing a traditional meal with some molecular components takes cooking to a new level.
Sometimes very simple things can take you a long way.
For example, I prepared a dish with fresh tuna the other day. I needed to add quite a bit of Soy Sauce, but I didn’t want the tuna to swim in the sauce.
I took the soy-sauce, added a little bit of Xanthan, stirred and… I had Soy-cream. The taste is exactly the same as of the soy-sauce but it’s really creamy.
Very simple but it really did the dish well.

What I find very interesting about Molecular Cuisine is the fact that they sometimes use devices from totally different fields to improve the quality of their food.
Did you know that if you prepare a sauce in an ultrasonic cleaning-device, the components mix much better than by just stirring it?
This is what I find exciting about combing traditional and molecular cuisine. 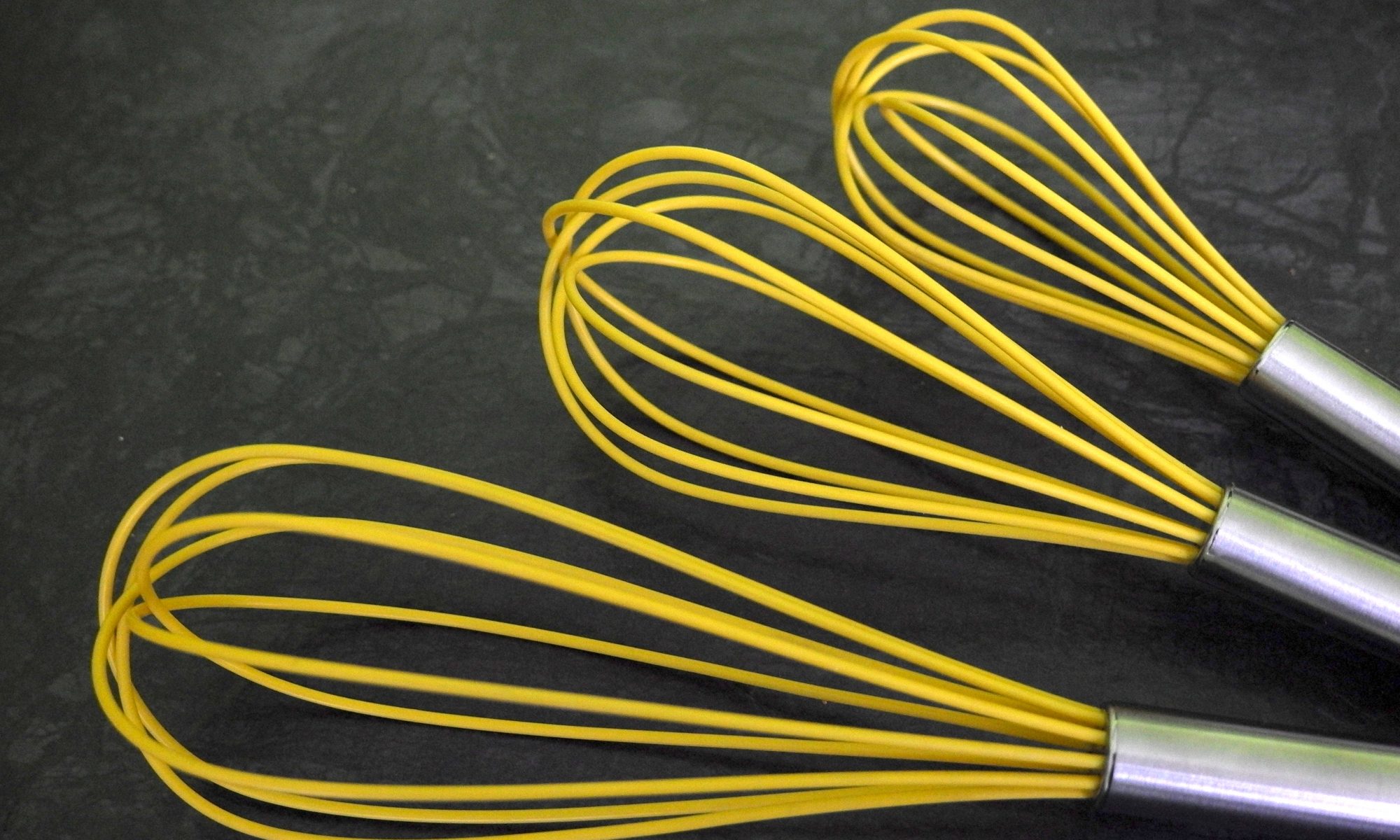 (Unpaid Advertising)
If at all, many people have only one whisk.

As the size of the whisk should always be compatible to the size of the pot, this normally means that the whisk is either too big or too small for the task at hand.
That’s why I recommend to have at least three whisks, one large, one medium and one small. This way, you’ll always receive the best possible results.
Also, I prefer silicone-coated whisks. These won’t damage your coated pots and pans like a normal whisk would do.
Again a recommendation from my side.
I buy my silicone-coated whisks from diepfanne.com. They sell them as a set at a very competitive price.